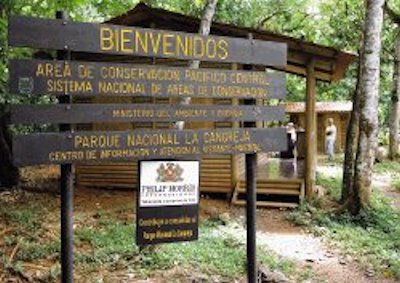 Its name refers to the shape of Cerro La Cangreja of 1305 meters high overlooking the park. The Indian story tells of a big crab that was set on the hill and prevented the passage of the locals to the other villages, until in a moment a warrior fought him and managed to cut a leg unleashing his fury. To be vanquished decided to become stone; therefore, the top of the hill is a rock formation.
Protects about 15% of known vascular plants of our country, which include 44 species of endemic plants.

Location
San Jose, in the southeastern part of the canton of Puriscal in the South and Chires Mercedes districts. The Park is located near the village of Mastatal, 45 kilometers south of Santiago de Puriscal. Its surrounding towns are: Conception, Mastatal, Zapatón, Vara Blanca, San Martin and Santa Rosa. the old dirt road to Parrita is followed, then veering east (no signage). For your income is recommended to use four-wheel drive vehicle during the rainy season because the road is mostly ballast and mud.

Extension
It covers an area of 2,240 hectares.

Importance
Despite its relatively small size, La Cangreja is a haven for migratory birds and has a richer than Corcovado National Park flora. It is the only place in the world where the tree aplinia puriscalensis giving fruit stuck to the trunk there. It also protects the last redoubt of forest Puriscal.

Background
The name La Cangreja refers to the characteristic shape of the Cerro La Cangreja of 1,305 meters high, which dominates the park. Cerro La Cangreja to see it from above it gives the appearance of looking a crab and the hills that go sideways legs thereof, on the other hand the Indian story tells of a big crab that in ancient times was established on the hill and prevented the passage of the locals to the other villages, until in a moment a brave warrior fought him and managed to cut a leg sparking his anger and to be beaten decided to become stone, so now the top of the hill is a rocky formation.

Characteristics
It is a stronghold of forest transition between wet and dry in the middle of an eroded area areas. It has two life zones: very humid forest transition to pre montane and pre montane rain forest. The average annual precipitation is 2,700 mm and the minimum altitude of 350 m.s.n.m. and the maximum of 1,305 m.s.n.m.

Flora and fauna
The type of forest is Montano low. The species of flora are 1,000, of which 44 are endemic, the most features cocobolo, ron ron, Nazarene, garlic, pochote, oak savanna, botarrama cachimbo, caobilla, bitter cedar, cristobal, cenizaro, espavel, fruit golden, guachipelín, black wood and mastate.
The fauna is varied. Among the most prominent are the sloth, armadillo, coati, agouti and cats. They were also identified 56 species of birds, including the calandria and the mountain chicken. 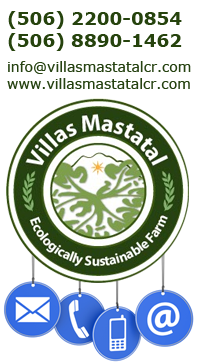